5 Vaccines You Might Want to Avoid for Your Child

Recent evidences and medical publications outline the possible danger of vaccination and even seem to refute its effectiveness  to prevent diseases and create immunity for future infections.  Myths about vaccines have hounded us for generations.  Our health is our responsibility and good decisions always require information and a minimum of awareness. We can decide to be healthy […]

Recent evidences and medical publications outline the possible danger of vaccination and even seem to refute its effectiveness  to prevent diseases and create immunity for future infections.  Myths about vaccines have hounded us for generations.  Our health is our responsibility and good decisions always require information and a minimum of awareness. We can decide to be healthy and make informed decision for the future of our children.

Increase your awareness on what vaccines can do for your child.

Thimerosal, a mercury based neurotoxin that has been scientifically proven to severely affect the body and, most especially the brain, is one of the common components in most flu vaccines. In 2012/2013, the FDA (Food and Drug Administration) approved 6 kinds of flu vaccines, 3 of which contained Thimerosal. Also, flu vaccines have not been tested for impairment of fertility or carcinogenic (causing cancer) and mutagenic (inducing mutation in the organism) effects. There has been no study about the carcinogenic excipients in these vaccines and no one knows what effects flu vaccines really have on our body in this respect.

Mercury is another ingredient of the flu vaccines.  A heavy metal hazardous to our health potentially causing numerous illnesses, such as memory loss, respiratory, digestive and cardiovascular diseases, ADD, depression, oral health disease and many other serious health  problems.

The benefits for influenza vaccinations are not even certain. At present, there are 200 viruses known to cause influenza-like illness (ILI). According to the Center for Disease Control (CDC), 86% of flu type illnesses were NOT caused by the flu virus. Moreover, ILI from the flu virus varies annually over the course of the winter.

The safety and effectiveness of the flu vaccines on pregnant and lactating mothers was never established. Worse, some studies showed that after vaccination, pregnant women might have spontaneous abortions and/or stillbirths.

Children often develops post vaccination symptoms such as runny nose, ear infections lungs issues. The actual vaccine would thus lowers immunity; in other words: instead of immunising, children become sensitised to the virus!

Alzheimer’s could be another serious after effect of regular flu vaccination.  According to Dr. Hugh Fudenberg, a world renowned immunogeneticist, you are 10 times likely to have Alzheimer’s after receiving at least five flu shots.  Further studies on the elderly have shown that the vaccine could be fatal as it would further weaken an already fragile immune system.  The Cochrane Systematic Review in 2010 concluded that there is no evidence that the vaccine provides any protection at all to people over 65 years of age.

Here’s a study by The Lancet about the effectiveness of Flu Shots:

When the group was vaccinated with a trivalent inactivated Flu shot, only 1.2% DID NOT catch the flu, which concludes that the vaccine only prevents infection in 1.5 out of 100 people.

A reported “largest current chickenpox outbreak” was documented in a county in western Indiana. Interestingly, 97% of the children infected previously received VZV vaccination (Varicella Zoster Virus) with more than 85% on full vaccination. Public Health officials pinned the blamed of the outbreak on only ONE unvaccinated child. However, another outbreak in New Hampshire showed that even fully vaccinated children were not protected from the infection.  In  fact, varicella immunity in adults became limited and an increase in Herpes zoster  was noted.

Chickenpox vaccine is made from weakened varicella virus and doesn’t ensure life long immunity.  The only way to have real immunity from the virus is to have actually acquired the virus and have recovered naturally from it.  That is the ONLY way.  It even protects you from getting a painful case of shingles later in life.

In America, it seems that chicken pox vaccination did not stop children from becoming infected with the virus and worse, they might have a higher possibility of contracting the shingles later in life.  As chickenpox vaccination increased in the USA, so has shingles, which seems to prove the existence of risks with relying on vaccinated-associated immunisation.

The American Vaccination Program concluded that the vaccine:

VAERS (Vaccine Adverse Events Reporting System) even received 6574 reports between 1995-1998 of health problems related to chickenpox vaccination.  4% of the reported cases (1 in 33,000) involved encephalitis ( brain inflammation), thrombocytopenia (blood disorder) or shock.  14 out of 6574 resulted in death.

In 2010, more than 1000 people in New York and New Jersey were afflicted with Mumps. According to health officers, an 11 year old boy was the culprit of the outbreak. Ironically, the boy was fully vaccinated with the MMR (Measles, Mumps and Rubella) Vaccine as well as 77% of the New Jersey patients.

Children generally receive their first MMR vaccine when they turn a year old and the second dose between the ages 4-6. Described as a childhood disease, people commonly have mumps before they turn 12 giving them immunity from the disease forever. Mumps, like most of the diseases we vaccinate our children with, is not a serious disease. Actual risks in the vaccine are seriously greater as it contains toxic ingredients like aluminum. You may still get mumps even after vaccination.

In 2012, 898 cases have been filed with the VICP (Vaccine Injury Compensation Program) for injuries and deaths related to the MMR Vaccination. According to MedAlerts information, since 1990, 6058 cases of infection were reported to the VAERS (Vaccine Adverse Events Reporting System) related to the same vaccine, over half of which concerned children 3 years old and below.

Evidence clearly show that even vaccinated people can have the disease:

Epidemiologists and health officials have admitted that the cause of the 2011 US outbreak of Pertussis or Whopping cough maybe its vaccine. Toxic substances like formaldehyde, aluminum hydroxide, aluminum phosphate, thimerosal and polysorbate 80 were present in the vaccine which means that every DTaP vaccine has carcinogenic, neurotoxic immunotoxic and sterility agents.

Australia’s national vaccine program is now in peril as new strains of whopping cough bacteria have somehow found its way to resist the vaccine re-inforcing  a 4 year epidemic that can spread internationally.

In 2012, researchers reported that the vaccine, which was created to eradicate the whopping cough, bacteria Bordetella and pertussis actually increased another strain of bacteria B. Parapertussis thereby creating a more dangerous, vaccine resistant whopping cough.

Cyclical diseases, like Pertussis Whopping cough occurs every 4-5 years regardless of how high is the population’s vaccination rate.  In the USA, efficacy of the vaccine, from 1950-1990, was estimated to be 63-94% but only for about 7 years. Protection would drop to only 40% beyond.  More precisely, vaccine efficacy was noted at 41% for 2-7 year olds, and 24% for 8-12 year olds.

Apparently, a number of vaccines have been proven as ineffective. Drug companies like Merck has been slapped with lawsuits for lying about the positive studies and effectiveness of the Mumps vaccine in their MMR shots.

The research “Effect of Human Papillomavirus 16/18 L1 Virus like Particle Vaccine Among Young Women With Preexisting Infection”, on the ineffectiveness of the Gardasil Vaccine, was published in the Journal of the American Medical Assocation (Aug, 2007).  Aside from its inefficacy, the research evidenced that the virus was not eliminated in most women and even increased HPV strains.  In the end, the authors concluded that the vaccine did not work at all and that Gardasil was just a Grand Medical Hoax.

Gardasil took only less than 3 years of study and laboratory testing involving 12,000 healthy girls and 14000 healthy boys under 16.  The testing totally forgets  children, children with health problems or combination with other vaccines normally given to adolescents.  Furthermore, no placebo testing was mentioned to study Gardasil’s safety.

In spite of this, Gardasil was still given the green light and a minimum of 3 doses were recommended for 11-12 year old kids.  The effects were devastating.  Reports of sudden collapse, unconsciousness facial paralysis lupus, Guillan Barre Syndrome (GBS) and other serious health disorders including death were documented following vaccination the HPV vaccine.

The publication Annals of Medicine exposed vaccines Gardasil and Cervarix as frauds as it stresses out that no evidence of the vaccine preventing cervical cancer were ever given.Interestingly, Merck, the pharmaceutical company responsible for Gardasil, is also involved in a legal battle about the inefficacy of its own MMR shots. As of August 2012,  26,304 incidences pertaining to Gardasil or Cervarix adverse effects, including 118 deaths, were reported to VAERS.

One of the greatest money making schemes for pharmaceutical companies is the Vaccine Industry.  No absolute scientific proof assess their efficiency to protect us from diseases and the subject is highly controversial as serious side effects are now established. For years, the uneducated public has unknowingly allowed toxic ingredients to be injected into their bodies and that of their loved ones with sometimes irreversible health consequences.

Monkey virus, Formaldehyde, aborted fetus  —  would you eat any of these?  Most vaccines are composed of exactly those ingredients, not forgetting the above mentioned Thimerosal, a highly dangerous mercury based preservative, present in most vaccines.

Plant based synthetic drugs can give drug companies very high profits — why can’t we just consume plants, vegetables and fruits directly? People are being deceived by public and government agencies and pharmaceutical companies with fabricated studies and researches while they hide the true findings about the health hazards of vaccination. If pharmaceuticals have been able to walk away for such a long time, we can reclaim their accountability by educating ourselves. “Education is the key that unlock the golden gate of Freedom” Georges Washington Carver.

Efficacy and effectiveness of influenza vaccines: a systematic review and meta-analysis http://minnesota.publicradio.org/features/2011/10/documents/flu.pdf

Aude is an ex corporate Lawyer with a passion for health, self development and independence which lead her to give up her former career to help others through health.


Do you really want to live longer and better?

If you are serious about feeling and being younger, not matter what your age is, enter your email below to get the best tips on how to slow down your ageing process 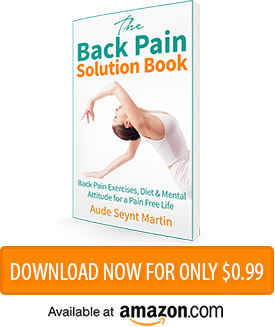